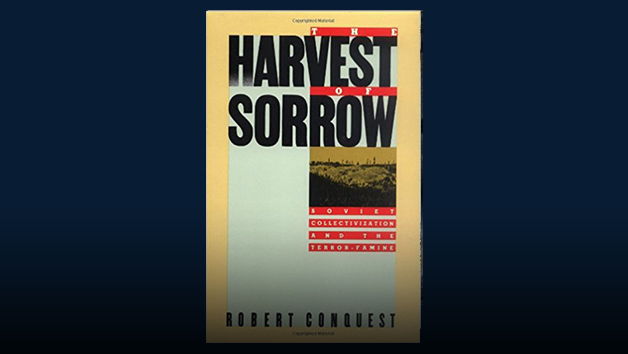 The Harvest of Sorrow is the first full history of one of the most horrendous human tragedies of the 20th century. 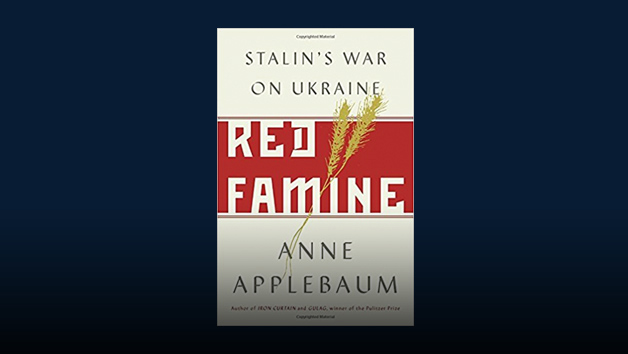 Pulitzer Prize-winning historian Anne Applebaum, author of Gulag: A History and Iron Curtain: The Crushing of Eastern Europe, 1944-1956, has written another classic on Soviet history with this essential book on the Holodomor. 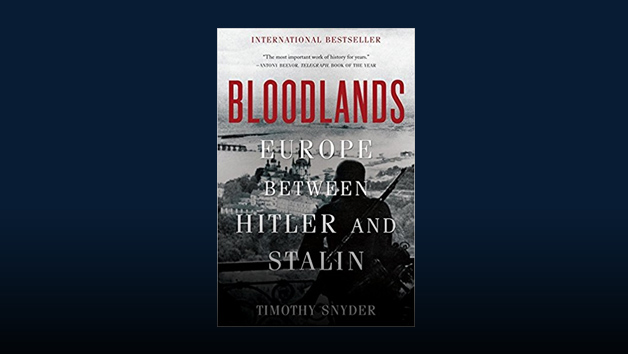 Bloodlands: Europe Between Hitler and Stalin

An international bestselling book with disturbing insight into the Holodomor by Yale University Professor of History Timothy Snyder, a leading historian on the Soviet Union. Snyder is also the author of the bestselling book On Tyranny: Twenty Lessons from the Twentieth Century.

A haunting exploration of Stalin’s mass-murder with special discussion of the Holodomor. A short yet unforgettable book from Norman Naimark, Professor of History and Chair in East European History at Stanford University. 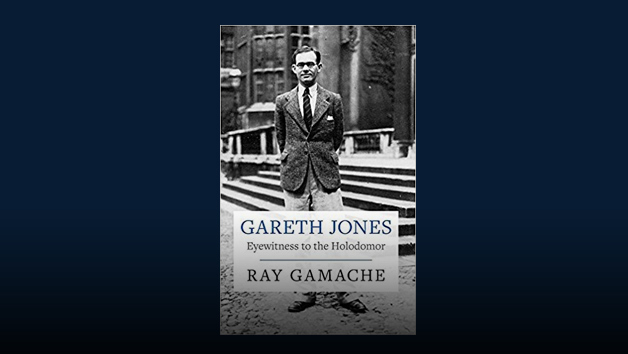 Gareth Jones: Eyewitness to the Holodomor

A fascinating book by Ray Gamache, an assistant professor of journalism in the department of Mass Communications at King’s College, on the Kremlin censorship and self-censorship that plagued Western reporters covering Stalin’s Moscow during the Holodomor, as told through the life of the intrepid independent journalist Gareth Jones who fought to expose the truth.

The Holodomor Reader: A Sourcebook on the Famine of 1932-1933 in Ukraine

The Holodomor Reader is a wide-ranging collection of key texts and source materials, many of which have never before appeared in English. Edited by Bohdan Klid, assistant director of the Canadian Institute of Ukrainian Studies, University of Alberta, and Alexander J. Motyl, a professor of political science at Rutgers University. 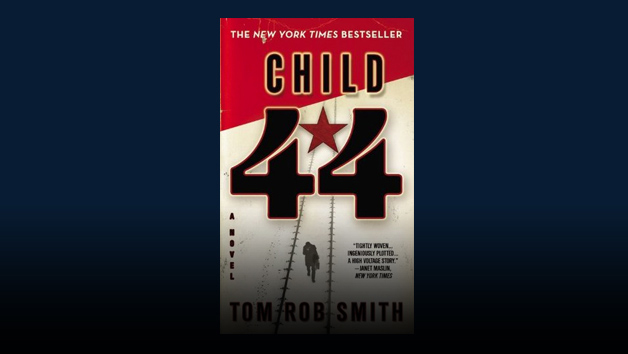 Stalin’s genocide famine in Ukraine is a backdrop of this best-selling gripping thriller. 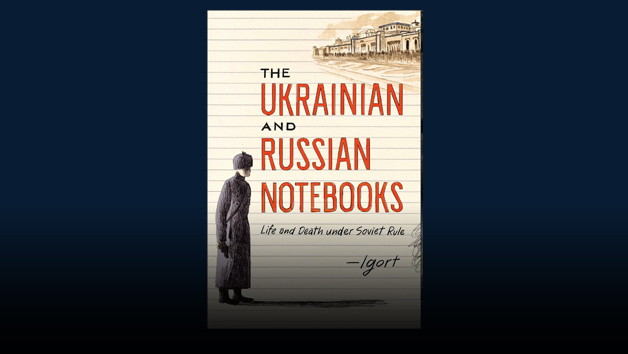 The Ukrainian and Russian Notebooks: Life and Death Under Soviet Rule

After spending two years in Ukraine and Russia, collecting the stories of the survivors and witnesses to Soviet rule, masterful Italian graphic novelist Igort was compelled to illuminate two shadowy moments in recent history: the Ukraine famine and the assassination of a Russian journalist 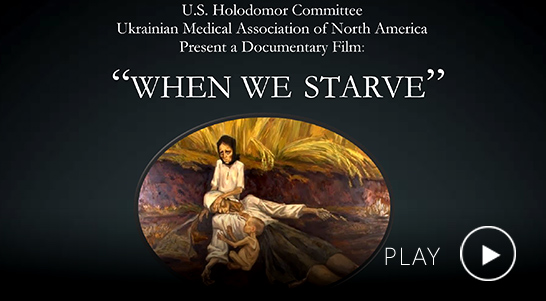 ​”When we Starve” ​documentary presents the ongoing pattern of dehumanizing policies perpetrated by the Soviet Regime of Joseph Stalin to squelch independent movements of occupied lands through forced collectivization. This involved the confiscation of all privately owned farmland, livestock, and foodstuffs, restriction of population movement, and the rejection of outside foreign aide; in other words, a man-made and intentional act of genocide.

Conversations with several Holodomor survivors are woven into a gripping reconstruction of the investigative reporting by the young Welsh journalist Gareth Jones as he attempts to alert the world to the devastating famine in Ukraine in the winter of 1932-33. Directed by Sergey Bukovsky. 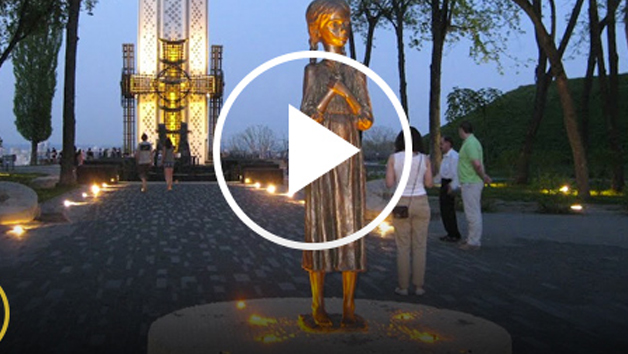 An online video library of interviews with Holodomor survivors telling their stories. They share their experiences during that horrific time in history with the hope of bringing us closer to understanding this often forgotten atrocity 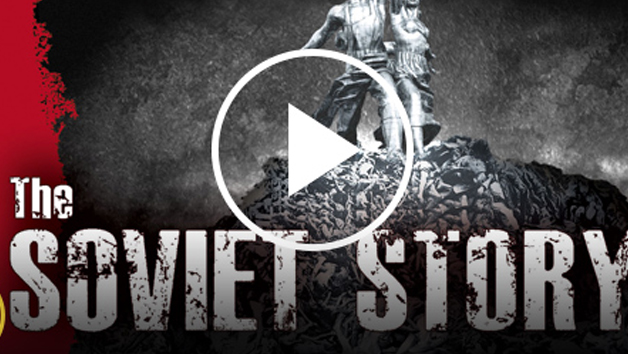 A chilling documentary that starts with the Holodomor and covers unprecedented cases of mass-murder by the Soviet regime. Directed by Edvins Snore. 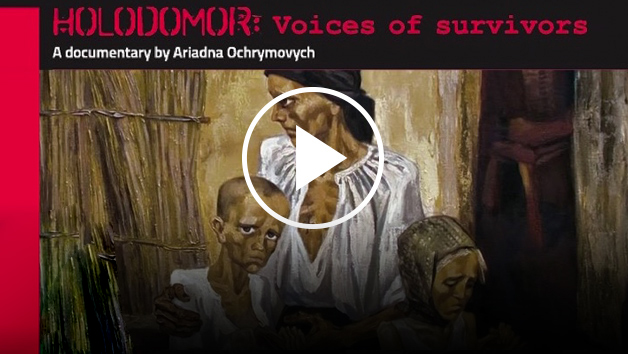 Never before told stories of the Holodomor from Canadian-Ukrainian survivors. Directed by Ariadna Ochrymovych. 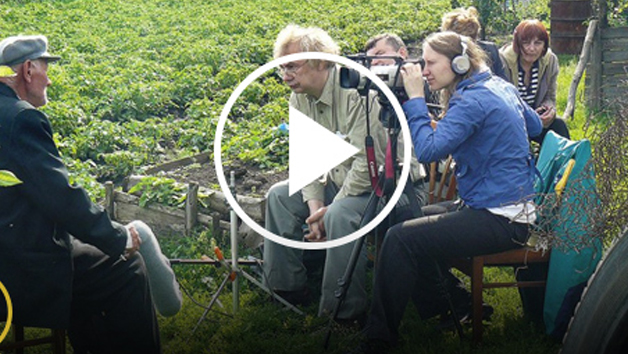 Exposes Moscow’s policy of genocide against Ukrainians, their language, their culture, their intellectual and spiritual movements for independence. Directed by Yurij Luhovy.

An award-winning documentary from 1985 that screened in the New York Film Festival. Directed by Slavko Nowytski. 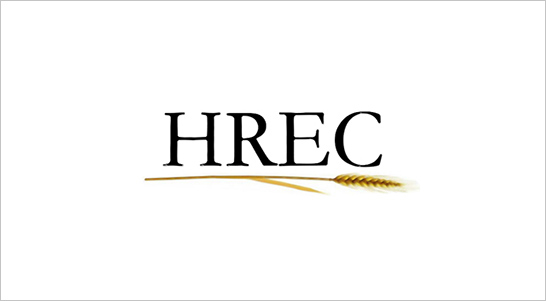 HREC is a project of the Canadian Institute of Ukrainian Studies (CIUS) of the University of Alberta, established through a gift of The Temerty Family Foundation. The HREC mandate is carried out by staff in a Toronto office, CIUS staff in Edmonton, and researchers in Ukraine. 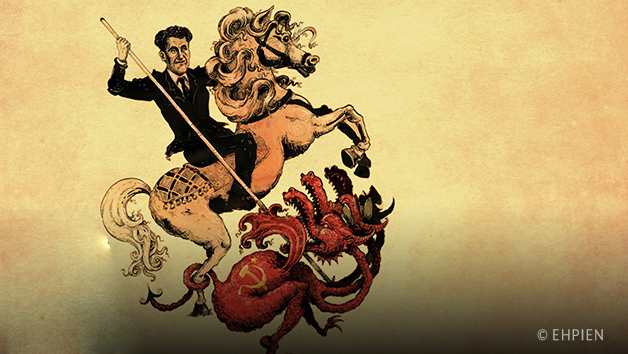 Orwell Art raises awareness of the Holodomor by bringing the headlines of the current crisis in Ukraine into classrooms and providing historical context by teaching the book Orwell and The Refugees: The Untold Story of Animal Farm. 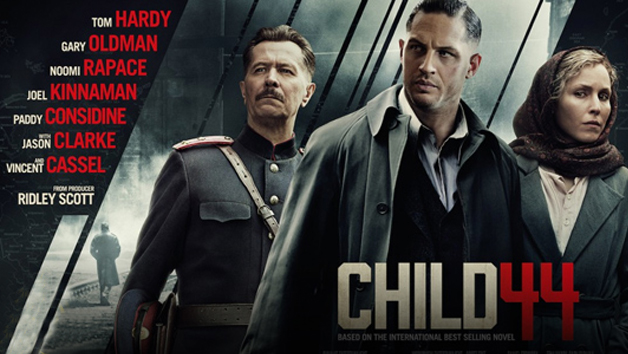 Stalin’s genocide famine in Ukraine is a backdrop of this best-selling gripping thriller.

The critically acclaimed arthouse film about a family in Ukraine struggling to survive the Holodomor. Directed by Oles Yanchuk. 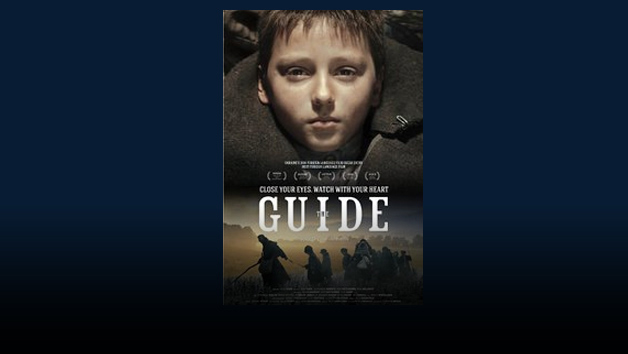 An American boy becomes separated from his family in famine-ravaged Ukraine and must become the eyes for a blind minstrel in order to survive.

Grappling with the Holodomor
TA-NEHISI COATES, The Atlantic

“I generally have a strong stomach when it come to reading about evil, but this was too much.” 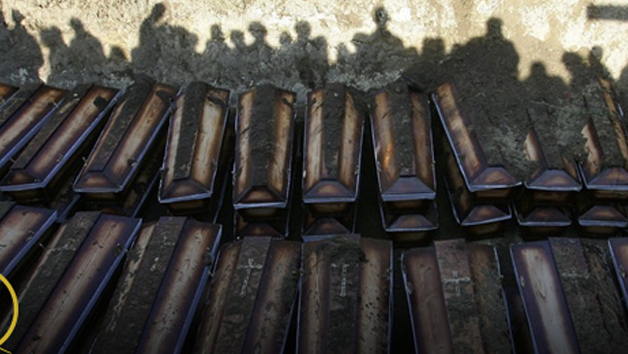 How Stalin Hid Ukraine’s Famine From the World
ANNE APPLEBAUM, The Atlantic

“In 1932 and 1933, millions died across the Soviet Union—and the foreign press corps helped cover up the catastrophe.” 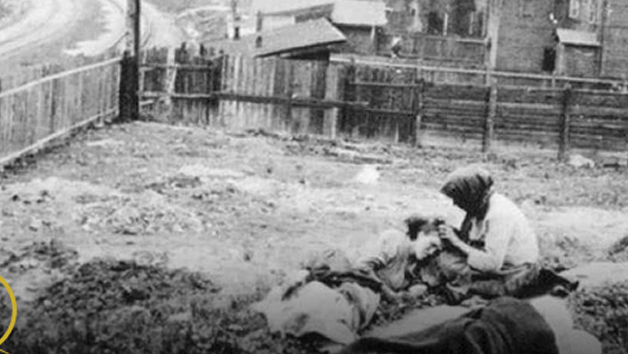 Stalin’s Famine, A War on Ukraine
The Economist

“The politics in this case was the Sovietisation of Ukraine; the means was starvation. Food supply was not mismanaged by Utopian dreamers. It was weaponised.” 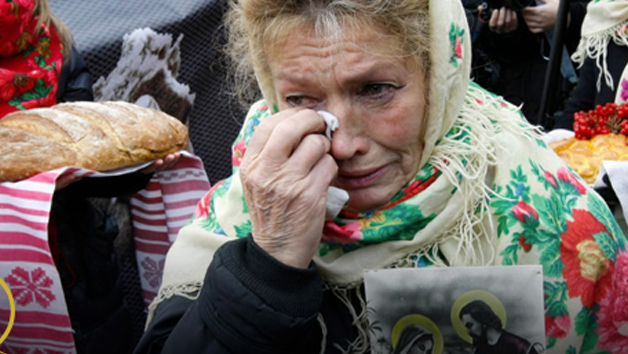 “That Sputnik News is using an apparent Soviet fabrication as a source for its new canard is both ironic and fitting. Russia may not be truly back to the USSR, but the propaganda machine, it seems, has come full circle.” 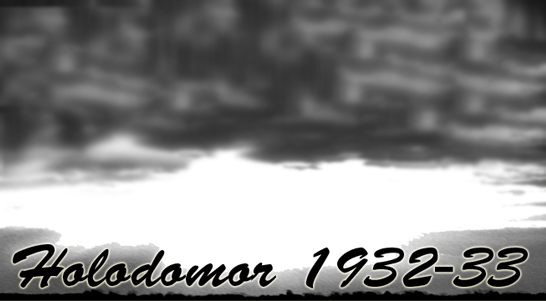 A featured “new educational resource” in the Jan/Feb 2015 issue of Social Studies Professional. 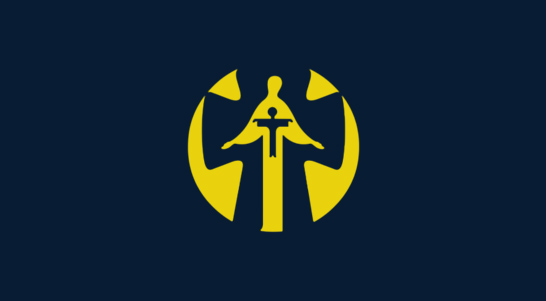 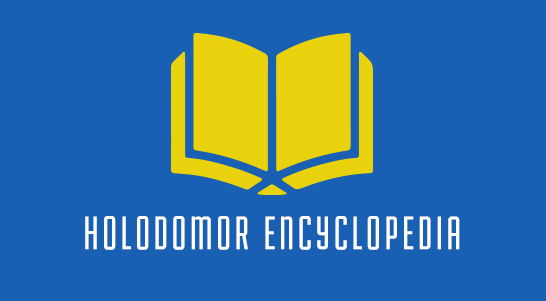 Holodomor and The War In Ukraine Today 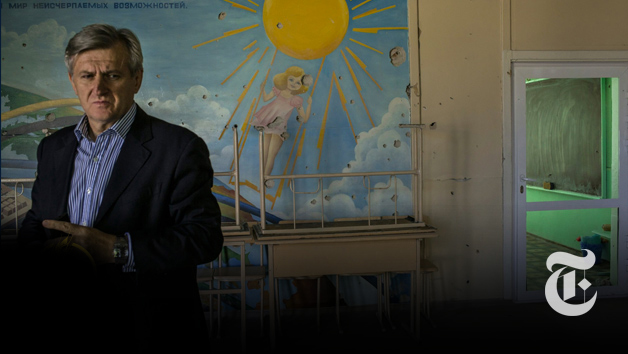 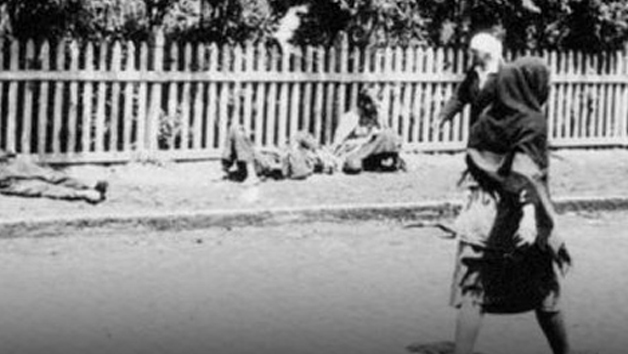 “The Crisis In Ukraine Has Much Deeper And Darker Roots Than Many Realize,”

“Soviet-style propaganda still in use” 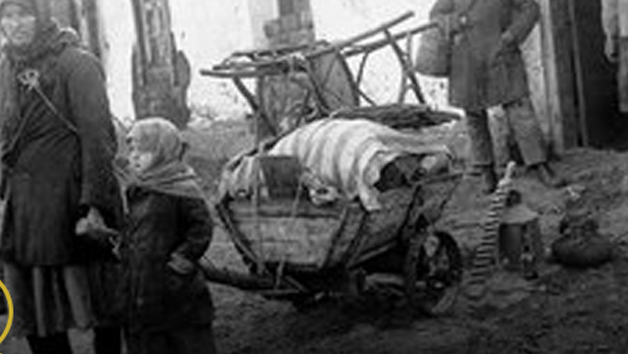 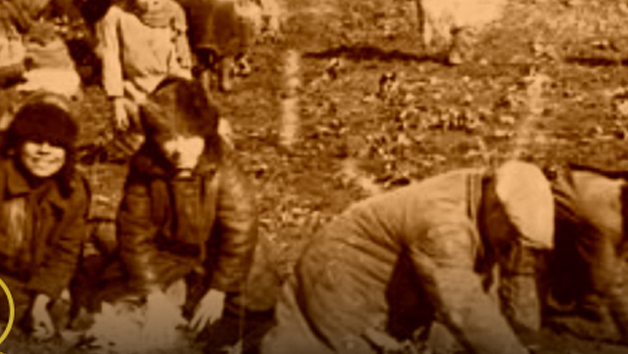 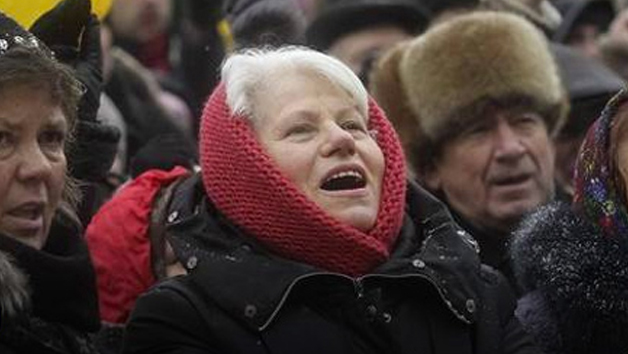 Behind Ukraine’s protest are memories of Moscow’s famine
MARTA BAZIUK, The Globe and Mail

“Fear, and in particular, fear before authority, is the most enduring impact of the Holodomor, according to psychiatrist Semyon Gluzman, president of the Ukrainian Psychiatric Association and former Soviet dissident.”

Ukraine tension has roots in ‘hunger extermination’ of 1930s: As many as eight million died during Holodomor 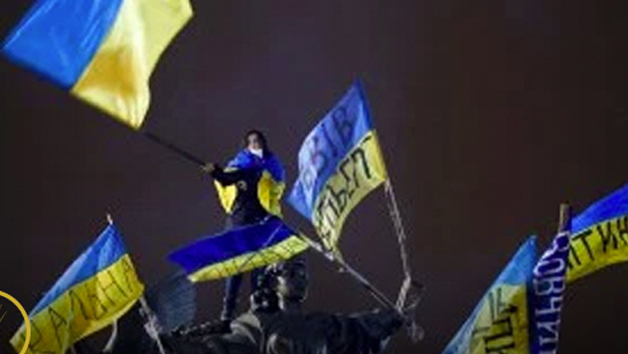 How to Explain What’s Happening in Ukraine
ANDREA CHALUPA, TIME

“The conflict that we are seeing today stems from a deadly famine that Stalin engineered back in 1932.”